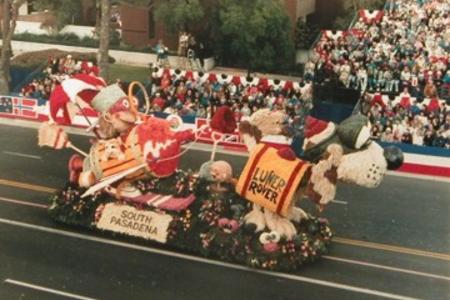 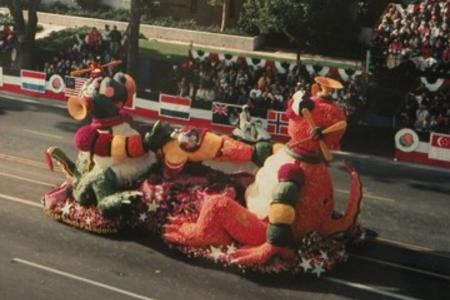 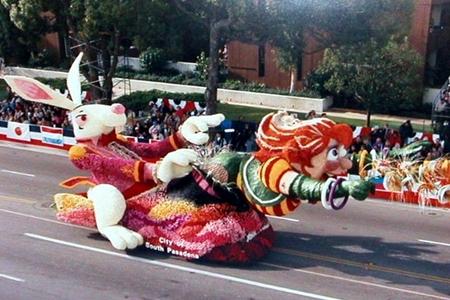 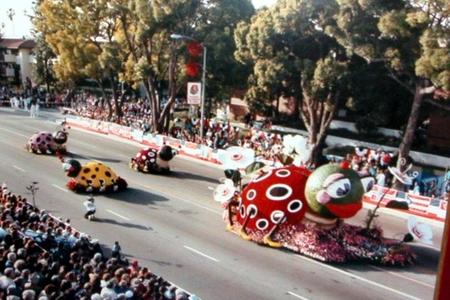 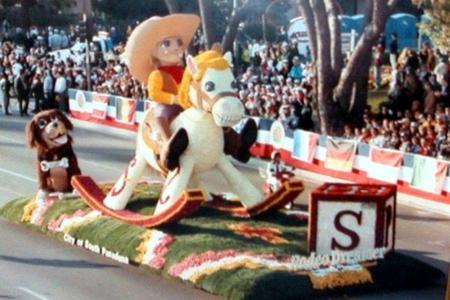 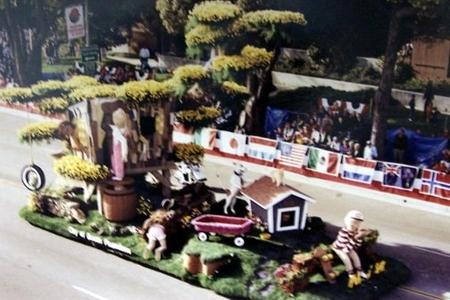 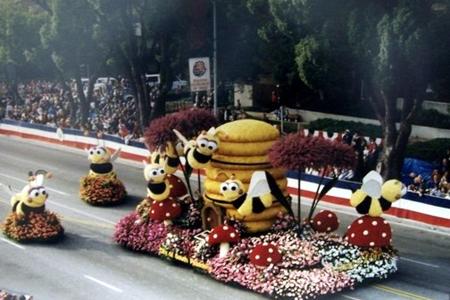 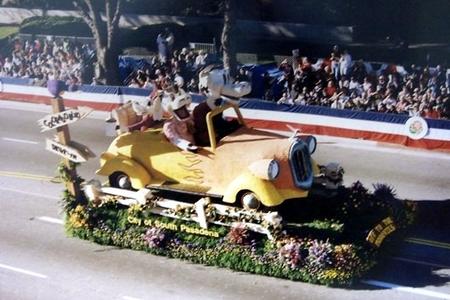 Former foes become pals at last. The dog cat and mice have buried the hatchet and have a good time on a speeding skateboard.

Two bears enjoy the technical innovations of their day. The front bear listens to his Victorla and talks on a candlestick phone echoing back to the turn of the century. Meantime the bear in the back enjoys his boom box while e-mailing a buddy. The center of the float depicts the world spinning atop of a radio tower. Animation this year included a turning “phone bear”, rotating globe, and a typing rear bear. The entire tower and globe tilted forward to allow safe passage under the bridge at the end of the parade route. After the parade the globe was sold to a commercial float builder, and has been seen in several other parades and events.