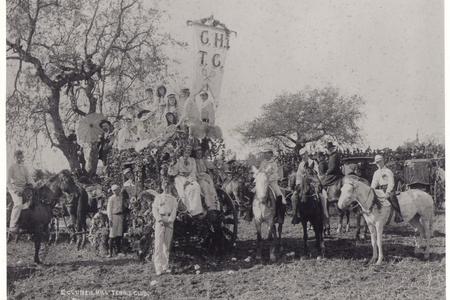 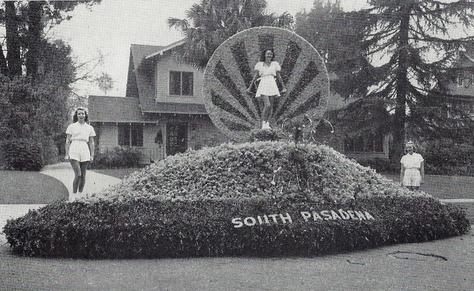 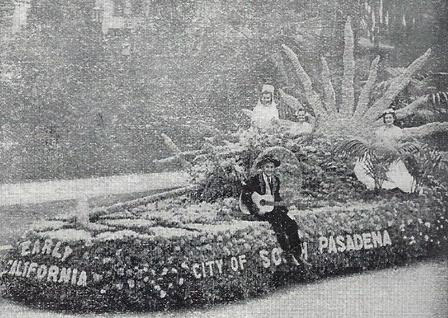 "A great American shield which slowly revolved had on one side a beautiful girl standing against a background of chrysanthemums and dressed in a blue gown. She was framed with sprays of gorgeous red roses. Other side of shield was red, white and blue." 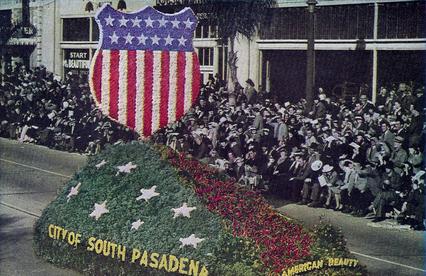 Click here for full article from The San Francisco Call 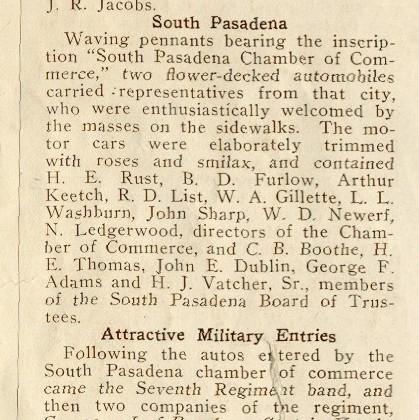 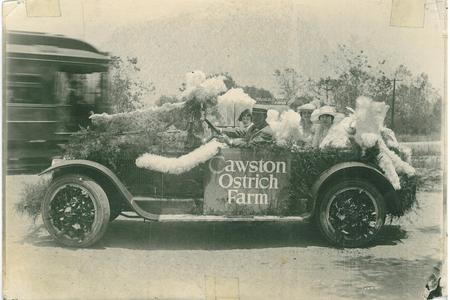 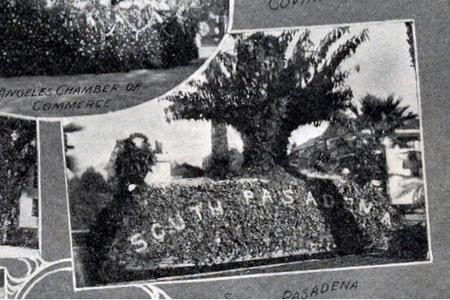 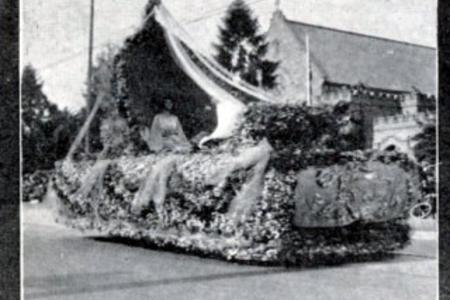 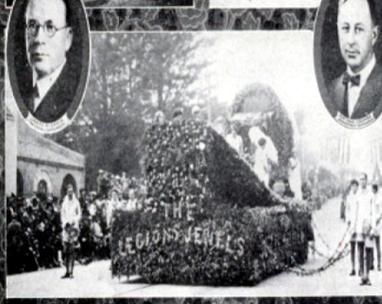 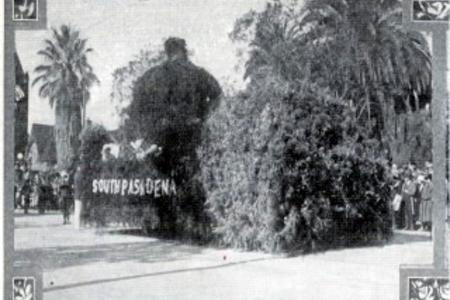 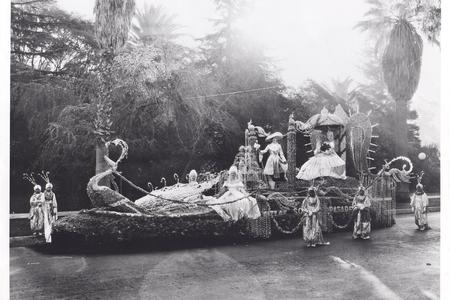 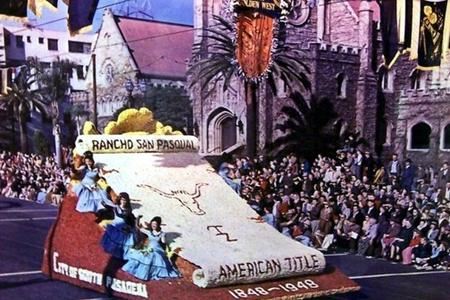 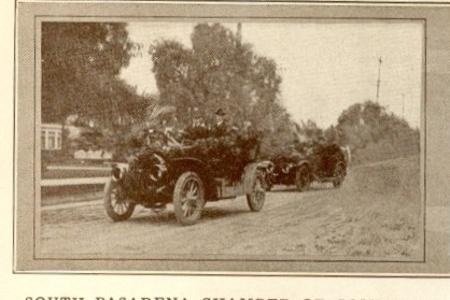 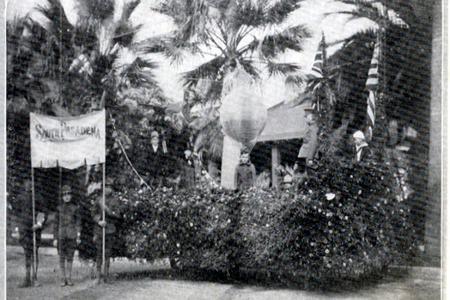 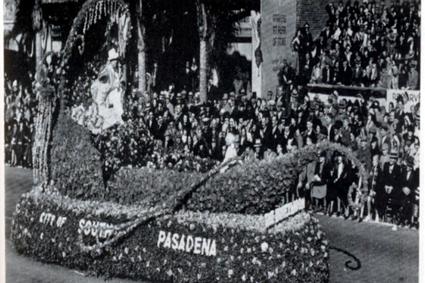 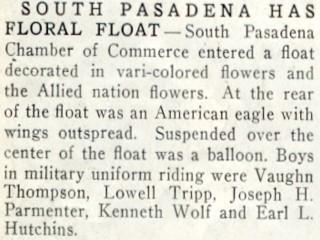 "South Pasadena featured the seal of the City, mounted on a revolving disk. The seal was of calendulas, chrysanthemums and galex leaves with the slogan 'Ride with the Sun.'" 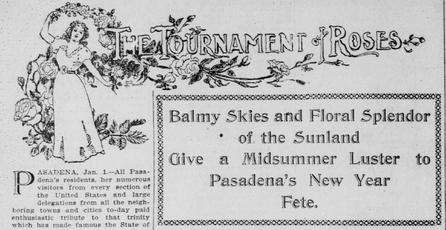 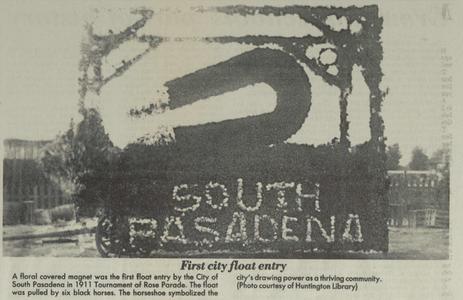